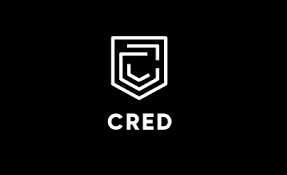 A decade ago, who would have thought that paying your credit card bills on time could help you earn rewards and cashback? The people who were once credit card defaulters were optimistically pushed to pay their dues in exchange for tangible perks. What earlier seemed like coerced spending soon became a secure source of earning for credit card users.

Bengaluru-based CRED made it happen.

In the words of its founder Kunal Shah, “Nobody has been rewarded for paying back on time. We want to fix that.” And just like that, an ambitious entrepreneur with a non-tech background unearthed a crucial loophole in the credit card payment system and rose to the surface by launching a cutting-edge problem-solving application CRED in 2018. Today, both Shah and his brainchild have earned a place in the sun for establishing a first-of-its-kind platform valued at $4.01 billion (2021), an appraisement that most start-ups have taken over a decade to achieve.

In a country like ours where the focus is predominantly towards the 500 million smartphone users and a billion-plus population with the youth making up a large chunk, CRED placed its bet on the out of the ordinary. They targeted the premium credit card customers and seemed to have hit the jackpot. The numbers speak for themselves. As of 2021, CRED served over 6 million customers that account for 22% of all credit card users and 35% of all premium credit cardholders in the second largest internet market globally.

What started with just credit card payment services has now expanded its reach in varied sectors. Other than enabling its clients to make credit card instalments via its application, the platform, through CRED Rent Pay, helps users pay their monthly rents. Imagine being able to earn rewards on rental payments and redeem them on the platform itself. This is not it. CRED also catapulted into an online business with CRED Store. And in December, they launched CRED Pay to facilitate clients to make use of their CRED reward coins across different online marketplaces.

So, how did Shah manage to navigate his way through the highly sought-after unicorn club right after a few years of its launch? Here are brand strategies to look at that helped CRED turn the tides in their favour:

To persuade target customers to pay their bills on time and use their application, CRED introduced a reward system for those who met an initial credit score of 750. Allowing only a specific class into its user base was a deliberate move. This approach helped them amass a huge user base and bring a change in the mindset of its customers towards the brand. At present, CRED controls over 20% of all credit card transactions in our country and is a niche community of high-profile creditworthy individuals.

Raising Funds Before the Product Launch

Owing to its innovative business model, CRED managed to bag funding of 220 crores prior to its launch. One of the leading investors for the platform was Sequoia with a 12.68% stake valued at $120 million. What helped CRED gain funding was the fact that it focused on shifting the behavioural design of society such that the credit card users would not have to remember the due dates and go back to the old system.

One of the reasons CRED reached the pinnacle of success in a short time is due to the credibility it has maintained in the industry among customers and investors. So, even though they incurred losses worth 63.90 crores in 2019, which increased to 378.89 crores in 2020, they established a premium quality userbase of 64 lakh customers. Thus, CRED has over 10000 crores transactional volume. An added bonus: CRED focused on UI/UX design for its application to make it user-friendly for the users.

CRED has a creative and sustainable brand marketing strategy to promote itself. Take for instance its approach to delivering cakes to its users’ offices to gain exposure among other members and create a buzz effect. 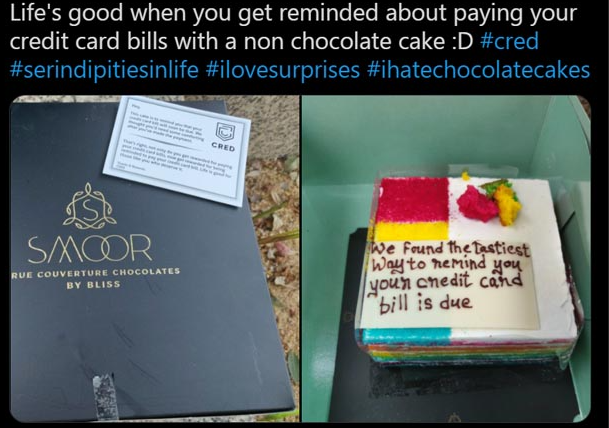 Another brilliant way in which they attract and retain target users is by running giveaways and contests across social media platforms. For any customer, getting a reward is the best feeling. And CRED, in-turn, asks for two things, to download the application and pay their credit card bills. What a digital marketing strategy! This has helped CRED begin a viral loop, generate more users, and establish a stand-out brand positioning.

Moreover, as users continue to use the platform and pay their credit card bills, CRED will not only gain access to their financial data but also be able to create a gated community consisting of creditworthy customers. As Shah says, CRED will never be the platform that caters to hundreds of millions of users. We will have top 20-30 million families availing of our products and services and creating interesting experiences. This, perhaps, is the best way to envision what CRED is slated to become in the near future.

To know more about how to build and accelerate your brand, visit GroCurv.